The Dyop: a New Test of Visual Acuity

Optometrists test VA using the Snellen or LogMar charts, which were developed in 1862 and 1976 respectively. The LogMar chart is devoid of the many of the problems of the Snellen chart such as non-linear crowding, optotypes of varying difficulty, non-geometrical changes between the lines, and varying number of optotypes per line. However, both charts are limited by the fact that they measure static acuity, whereas everyday tasks involve both moving and static objects. Furthermore, two patients may have the same quantitative VA whilst having different qualitative VA. In addition the end-point is often difficult to ascertain, with a patient able to identify some optotypes on several different lines.

A new type of test for VA has been designed to overcome these problems:

The DYOP® (figure 1) is a dynamic segmented optotype that can rotate clockwise or anticlockwise. VA threshold is measured by using DYOPs of constant color, contrast, and speed rotation and decreasing the diameter of the DYOPs until the direction of motion can no longer be recognized. This method solves the problems of literacy, memorizing, and crowding, whilst at the same time enabling a more precise endpoint. In addition there is no limit to the number of DYOPs that can be shown for a given line of VA.

VA measurements with the DYOP have been compared with Landolt C, with theDYOP yielding a clearer endpoint.The DYOP is highly correlated with a standard Sloan LogMAR as well as Sloan acuity chart. It has also been found to obtain similar VA scores for the same refraction values when compared with LogMAR E chart in adults. We are currently carrying out a study of the repeatability, reproducibility and speed of exam, and also assessing the subjective experience of the patients.

Initial results indicate that the DYOPgives good results for and is well tolerated by patients. Given its advantages over Snellen/LogMAR, the DYOP may be a superior VA test. It is possible that after 150 years the time has come to change how we measure VA in the clinic. 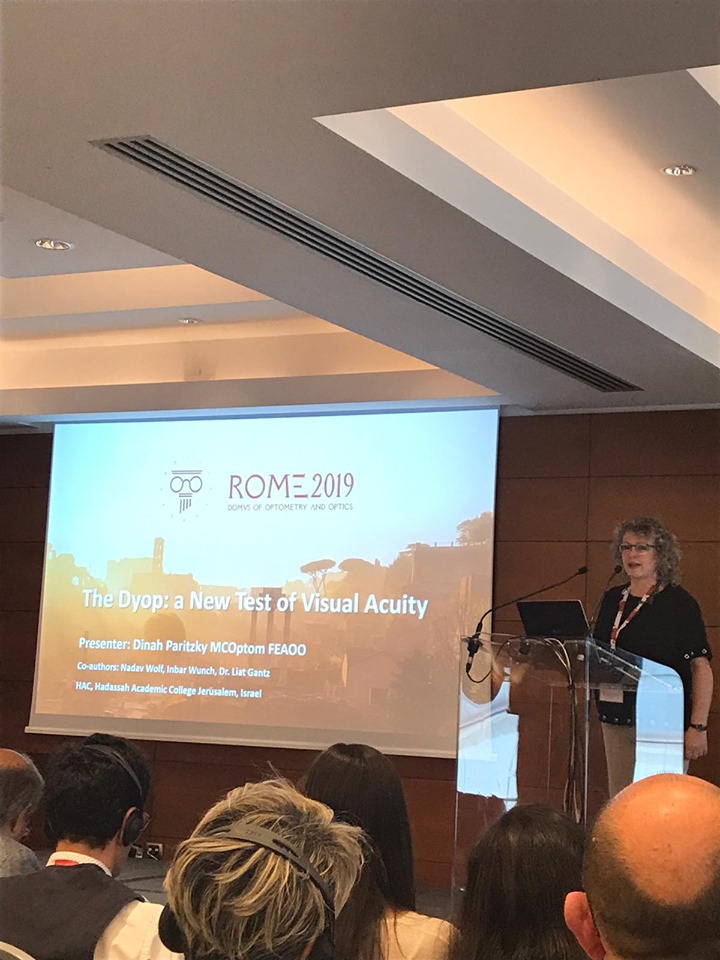 Chat to us via Whatsapp
Close Menu